Meet Sprite Fright, a horror-comedy inspired by Eighties' classics like Gremlins, the American Werewolf films and the more recent Shaun of the Dead. When a group of rowdy teenagers trek into an isolated forest, they stumble across a tribe of peaceful mushroom creatures. Except these creatures may be less innocent than they seem...

For Sprite Fright, Blender Studio wanted to level-up, so it contacted world-class talent in order to learn from the absolute best.

Former Pixar Story Supervisor Matthew Luhn takes the director’s chair. Matthew is a story expert with almost thirty years of experience in Hollywood. Starting as The Simpsons’ youngest animator, Matthew has dedicated his career to a vision of story as a vehicle for evoking emotion. His filmography speaks for itself: Toy Story, Finding Nemo, Ratatouille, Up, and more. 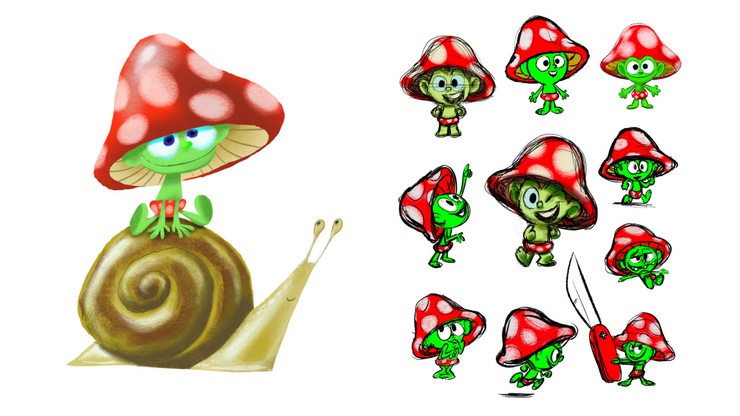 Joining Matthew is veteran artist Ricky Nierva, Production Designer for Monsters University and Up, and artist on a raft of other prestigious titles, including Inside Out and Finding Nemo. Yet more top-drawer talent comes in the form of story artist Dirk van Dulmen, whose credits include Shaun the Sheep and UglyDolls.

As with previous Open Movies, Sprite Fright will challenge Blender’s development team to create new technical capabilities within a high-pressure production environment. This time the main focus is on pipeline development; on tools and systems to help artists to collaborate and work more efficiently. 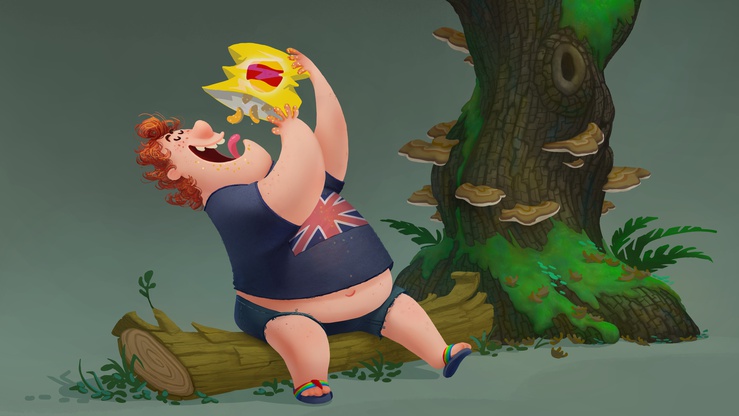 And how can we share the journey with Blender’s community?

That would be the easy part. Easier, anyway.

Because Blender Studio supporters can follow every design, model, rig, animatic, and debate. Not just the triumphs either. We’ll be sharing each doubt, not-quite design, and half-finished gag. Because defeats teach us as much as victories. That’s a year’s worth of exclusive content, straight from some of the most fertile minds imaginable.

Think of it as a no-holds-barred reality show… crossed with a masterclass in creative thinking and innovation. 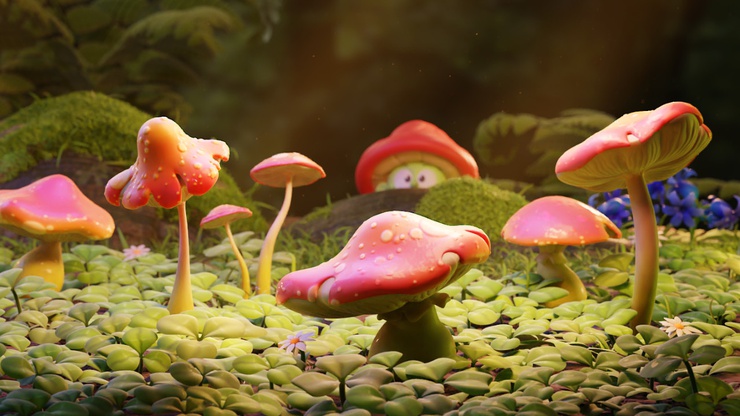 Join the journey at studio.blender.org.

I can't wait to see all the progress! It looks amazing

sharing is priceless, unique, and irreplaceable, in this case, Blender Cloud is number one in my part.

Looking forward to this journey! And good luck making it.

Those are really good news! What are the technical goals for this project? Node particles, Node modifiers, cycles or eevee improvements?

@Lluc Romaní Brasó While using (and pushing) the latest tools and technology available in Blender, the main focus will be pipeline. The goal is to define and document a fully open source 3D creation workflow and make it accessible and portable for anyone with similar creative challenges.

Wow Matthew ! that is huge he is top notch!, i'm glad he's leading this project what a level of talent brought up to the table!

What a great journey, and so much talent for us to learn from. Really hoping this means improved asset management on the Blender cloud. Compared to addons like BlenderKit the Blender cloud material browser is not very useful right now.

This is going to be epic, will it be a call for artists/animators to work on the short ?

@Hassan Yola Hello. Thanks for the kind message. No plans for a call to animators/artists at this time though.

This is awesome! I can't wait to see what workflows they will come up with for artists to use. Excited to see this open movie!

Best of luck everyone! Can't wait to see what you come up with, and really looking forward to watching the journey.

Very keen to see this production unfold, it's my favourite genre after all. Looking great so far, please include a really good jump scare if you can! Goodluck and more importantly have fun!

How did I just saw it today lol

This is so cool! I look forward to learning as much as I can from the shared pipeline and workflow information.

Can't wait to use the rigs

Great! Happy to see another project for the animation studio!

I love it! Did not know anything of this before receiving the nice conference comforting package. When I saw those mushroom pixies I immediately knew, that they are going to star the next blender movie. <3 <3 <3

Good luck with this! Great concept.

So cute! Got the stickers from BCON20 and they adorn my screen :)

I had the pleasure of taking one of Matthew Luhn's Pixar master classes in South Beach, Miami. He was brilliant along with his co-instructor Andrew Gordon. Later, my wife and I had the immense honor of receiving a Pixar Studio tour from Mr. Luhn. What a fantastic guy!

Amazing line up, you have on your team, keen to see how it goes. All the best!!!

This is the best way of testing Blender in all it subjects, no doubt! Amazing work guys

Just discover this, and suscribed just in time to be part of this!

Another great achievement in production ! I can't wait.

Nice! I cant wait to see the production work.

is the journey on cloud spoiling anything? probably yes^^ so i think i'll hit that after the movie is out :D

@Oli Gerber what a line up though <3

@Oli Gerber Trying our best not too... but yes, it may happen, especially in later stages. If so, I'll put a "Spoiler Alert" at the top of blog posts. (Some of the other assets posted on the Cloud might imply plot points though.)

@Christian Bunyan haha cool thanks :D good luck to you all, can't wait to see the result!!