Sprite Fright is Blender's new Open Movie, now in development. You can follow progress and updates on the Cloud. Here, we get into director Matthew Luhn’s career at the zenith of animation.

Matthew Luhn ended up spending twenty years at Pixar. He worked on movies that defined a generation’s childhood, and redefined animation.

While Pixar became an industry behemoth, it started as a rebel.

It’s not surprising that such a stubborn, unconventional studio would be owned by Steve Jobs.

But just as Pixar wasn’t yet the Pixar, Steve Jobs wasn’t yet the Steve Jobs. At this point, Jobs was in the middle of a spirit-breaking period. He’d been kicked out of Apple, and his new computer company, NeXT, flopped.

The industry expected Jobs to fail. It expected Pixar to fail. Even Matthew’s friends expected failure.

But before Buzz Lightyear’s voyage to infinity crash-landed in the Pixar parking lot, Matthew Luhn had the best time. 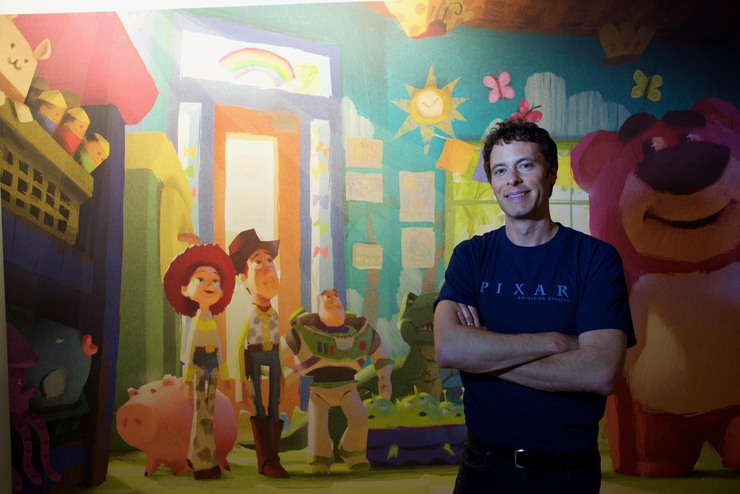 Matthew animated Toy Story’s iconic plastic soldiers. He attached a wooden board to his shoes and filmed himself walking, crawling and leaping around the Pixar office. This became a reference video, ensuring that the soldiers’ movements were lifelike.

When he was finished for the day, Matthew helped the story department with whatever odd jobs needed doing. After a while, it looked like his dream might be realized: a job in story.

But then reality intervened, in the form of an iron-willed mouse.

Toy Story ’s backers, Disney, closed the production down. They judged Woody to be “unappealing.”

Matthew started working in commercials and animated TV shows. He found their succinct formats excellent for learning more about storytelling. To make ends meet, he helped out at his family’s toy stores. 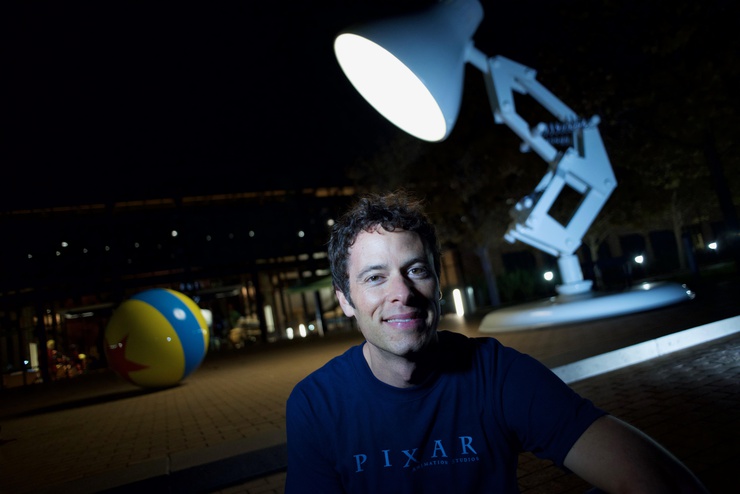 Until one day, like a Fairy Godmother, Pixar appeared and offered Matthew his old animation job back. Woody had been forgiven: Toy Story was go. Matthew contemplated this gift, then politely explained that he’d rather work in story. The Fairy Godmother dematerialized. Matthew was back to merely getting by.

Regretting his decision, he moved in with his parents and even had to borrow money to pay for car insurance.

But Pixar had been impressed by Matthew’s integrity. Again, Matthew got a call. This time, the job was for the story department at Toy Story 2.

And so Matthew Luhn landed his fantasy role as a Pixar story guy. This happy ending spanned decades: Matthew contributed to a time in which Pixar created more globally loved and financially successful movies than any other studio.

In the history of film.

Coming soon: Matthew reveals his ideas on successful storytelling, and how they relate to Sprite Fright.

Note: All photos by Jeffery Luhn.

Eagerly Waiting For the Release, All the Best!!!

Inspiring story, could be a feature animation. Can,t wait for the release