Between the last production update and now, many things happened: lots of progress with the film, animation is almost done, most scene concepts have been created, the lighting pipeline is well defined... and we all ended up in isolation due to social distancing guidelines. This are challenging times, and sharing our work with the world is more important than ever now!

Vivien has developed a vast range of options for the Coffee Run logo. A final decision has not been made, but there is definitely something in there! 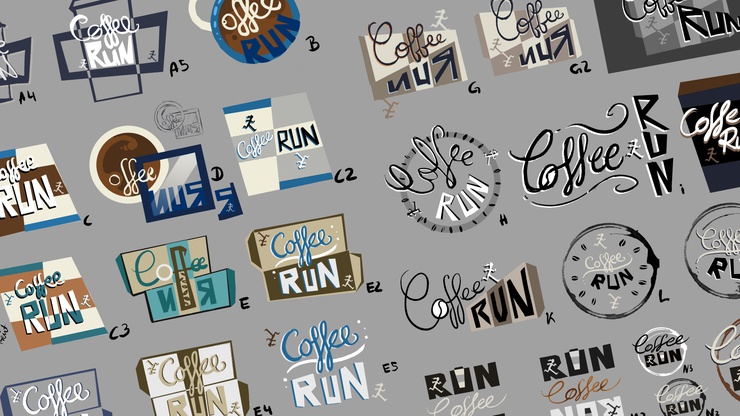 Next to logo design, she has also kept producing more concept art for the various sets, such as the park, and currently the hospital.

Besides implementing the concept art by creating sets and props, Julien has been working on defining the variations for the secondary characters, as they are meant to change look throughout the various sets. 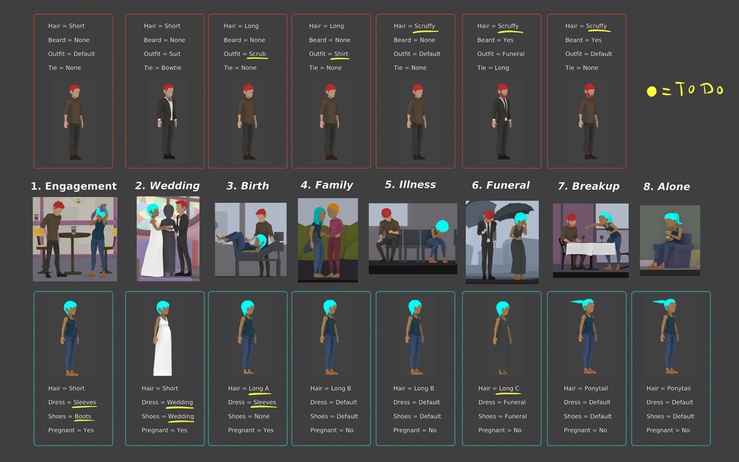 Further, he spent time together with Demeter and Pablo F to create a tablecloth element that goes through a couple of shape change throughout the sequence.

Pablo F and Hjalti are very very close to being done with the animation. They are down to polishing and adding an extra level of depth and detail to the background characters in the various scenes. Expect plenty of easter eggs!

The shading, lighting and rendering department (Andy) has delivered a preliminary version of the entire film –although some sets are not done yet– which follows the original color scripts and gives a good feeling of how the final film will look like. An important aspect of this process is defining the transitions across the various scene, which you can see here.

Coffee run is well on the way, and now that we are confined remotely (like the rest of the world), it's time to start thinking what to do next. Find out next week!

It looks good and funny, very curious and eager to watching it finished! I hope it has a good ending! :p