Blender Studio has started using Kitsu as a production management tool for Sprite Fright. In this article, you will learn how the studio integrates Kitsu in the production pipeline. 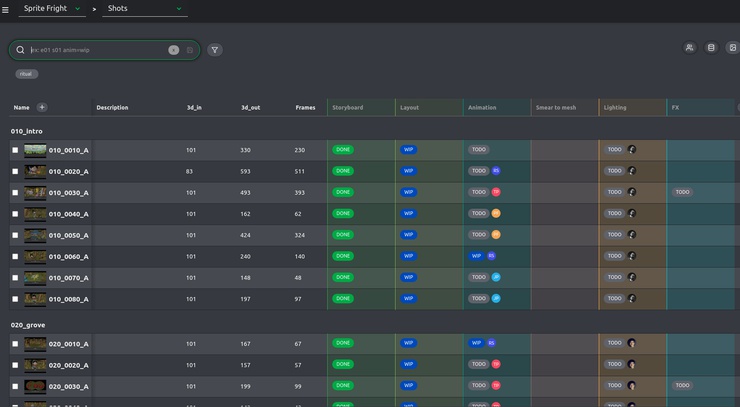 Kitsu offers a good web interface for managing shots, assets, users, tasks and many other aspects of the film process. For Blender Studio, Kitsu is the hub in which all information about the production can be found. This opens up a great opportunity to use Kitsu directly inside Blender, following a similar principle as the Attract add-on for Blender.

For that reason I developed the blender-kitsu add-on and will give you a quick overview on how it makes use of Kitsu in order to create interesting workflows and solve problems.

This article focuses on tools that were developed for the Sequence Editor. Stay tuned for interesting context features in the next article.

Blender Studio has always edited its open movies in Blender’s Video Sequence Editor. The shot list on Kitsu is basically the edit in a spreadsheet format. It's very important that Kitsu is always up-to-date and synchronized with the edit. Otherwise, you end up with mismatching data which opens up the space for errors further down the pipeline. But imagine the editor has to adjust frame ranges on Kitsu every time a shot is trimmed or shifted. More than 200 shots make that very cumbersome! 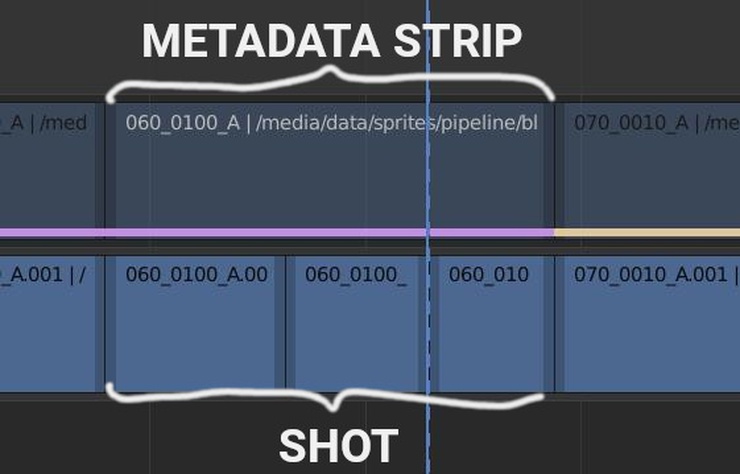 Wouldn't it be great if we could have some kind of connection between a Blender movie strip and a shot on Kitsu?

That's where metadata strips come in! Metadata strips are regular movie strips that can be linked to a shot on Kitsu, which creates a bidirectional relationship between them.

What does that mean? Once a movie strip is linked to a Kitsu shot, we can exchange data between the two. For example, by updating frame ranges, thumbnails, shot names and other data without leaving Blender.

This video shows some of the sequence editor tools in action:

Being able to update 200 shot thumbnails on Kitsu directly from the edit is very useful and makes task assignments and working on Kitsu in general a lot easier.

On top of that, we can also create a complete render of the metadata strip in the sequence editor and upload it to the corresponding Kitsu shot. This helps the animators review their work by having a continuous playlist of the shots before and after the shot they are currently working on.

Maybe you also noticed the custom GPU drawing on top of the metadata strips that helps the editor to identify sequences and shots in the edit by assigning a color to them.

One of the most important aspects to really get right is frame ranges. You don't want animators to animate less then they should or, worse, animate more then they should! Frame ranges need to be transported to every production step that works on a shot basis: Animation, Lighting, Rendering, or Compositing. Being able to update frame ranges of multiple shots with one click makes sure that the information on Kitsu is always correct!

How all this information on Kitsu is used in Animation or Lighting is something you will learn in part 2 of this article!

This add-on and more is available as part of the Blender Studio Tools.