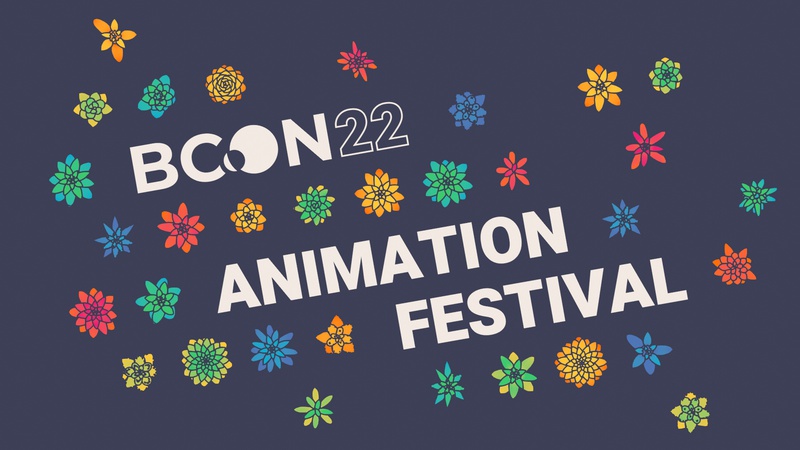 Making of the BCON22 Identity

Since its early editions, Blender Conference has been accompanied by a bespoke identity. It would usually materialize in a theme/mood, color scheme and logo, which would then be used in the realization of promo graphics, banners, flags, printed programs, T-shirts and animation festival idents. This year, to celebrate 20 years of Blender being free software, the team at Blender Studio has contributed to the design process.

The initial goal was to develop a symbol/logo to celebrate 20 years of Blender. Pablo Vazquez and Francesco came up with some keywords to describe it: Community, Connecting, Growing. Circular logos worked best in the past and this was used as a starting point.

Pablo designed the first versions with the Blender logo rooted in the center and surrounded by the rings of a tree. Using 20 rings initially made the logo too busy and unreadable. That is why negative space was used to create twenty rings. Initially, gaps between the rings were added to signify releases (63 in total), which made it too squiggly and noisy.

Reaction to this concept were mild, with the main observation being that to show growth/growing you would have to cut down the tree. This made the design a contradiction to the main keyword. The next step was looking for another shape to start working from. The idea of fractals was an interesting concept, it is forever growing and endless in a way. Succulent plants! Succulents are colorful, diverse, and resilient, keywords that overlap with Blender's development and philosophy.

Pablo made an initial succulent to illustrate the idea, but then had to move from the design process to focus on other aspects of the event (website, schedule, etc.).

Andy and Simon iterated further on this design, incorporating feedback to make the succulent more organic. After these new versions, it was decided it should be less of an illustration and more a showcase of succulents next to the typography, something that is more readable and fun.

Finally, the grid version of the logo was chosen as the final T-shirt design, a callback to previous code quest T-shirt design. The final version has a more organic composition within the grid.

For the main title and other text, the Heebo font is used in line with the current design work done on blender.org.

The colors are chosen to show most of the color spectrum to communicate a celebration of 20 Years of Blender. 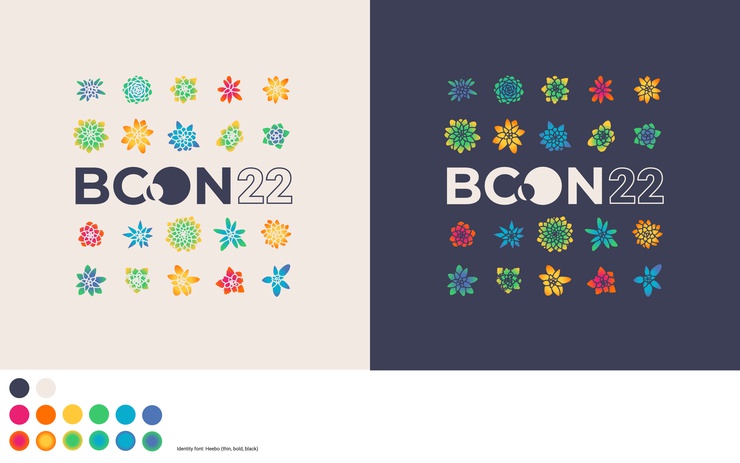 Succulents have a gradient with these (HEX) colors.

The Animation Festival main title sequence uses the T-shirt design as a base. The grid-like layout with the main title surrounded by blooming succulents. Shading complexity is minimal with the use of emission shaders and gradients for the succulents. The succulents are the only elements to receive a Grease Pencil outline using the line art modifier. The color of the Grease Pencil is the same as the background, creating separate elements within the succulent silhouette. The colors are carefully chosen/changed to distribute the colors more randomly, or to keep balance.

The main title symbolizes the continuous growth and progression with the blooming of the succulents, revealing the title of the festival. The camera moves narrowly and consistently to maintain negative space between the succulents and the titles.

The blooming of the succulents is mostly done using geometry nodes. Before blooming, the succulents stay underneath the background plane and are animated upwards. While this happens, the amount of leaves are increased on twos and synced with the jittering effect. And finally, the tilting of the leaves are animated to bulge outward. Hjalti designed the main title based on Andy's T-shirt design.

The jittering effect is most intense when blooming and becomes subtle when fully grown, but never stop jittering. We later noticed gaps between the succulent leaves. To fix this, an additional geometry node setup to animate a sphere in location and radius was created.

We liked the stop motion effect in the main titles, but also in the best category titles. We placed this in all of the visual material we made for the titles. Once the animation was nearly done, Andy added music and sound that fit the visual style well. This required re-timing in the blooming of the first succulent to match the music.

The main title went through several iterations like this one. The succulents are jittering on a high frequency and too strong in jittering scale. In the last shot we can see grease pencil errors because of the jittering strength and thickness. A straightforward solution was to animate the outline thickness in the final versions.

Rendering close-ups of the succulent required subdivision surface modifiers for additional smoothing of the Grease Pencil. The shading was quite simple using gradients.

After rendering 8 bit pngs, the image sequence is imported in a separate video editing file to make the edits. A fade in/out are added and using text strips to add the nominees and their work. The best of category edit file contains all the information, the category, the nominees and titles. This is done to maintain consistency and make it easier to re-render.

Thank you for reading! Download the main title sequence:

Any questions are welcome!

Turned out great! Thanks for the peak behind the scenes :)