A month ago I pitched a story to our whole Blender Animation Studio team. Luckily everyone liked it and it got green-lit as our 12th Open Movie production!

The film follows a mountain spirit and her wise little dog. Together they bring spring to the valleys after a long and dark winter in the mountains.

The film's art direction is in the hands of David Revoy - who worked on three of our short films as concept artist before. I'm very excited to be working with him! For Spring we'll stay very close to David's creative universe - presenting a universe influenced by European and Asian folk tales and myths. The resulting film will look beautiful and atmospheric.

I'm trying to have my camera around for most of the production and post video updates as often as I can. Here is a video showing the first concept week where I went to France to work with David:

The 7 minutes film will be made possible thanks to Blender Cloud subscribers, and will be produced by the studio of Blender Institute in Amsterdam. Production time is predicted to be 8-9 months, aligning the film with work on Blender 2.8. Just like how Sintel made 2.5x stable, we will use work on Spring to give Blender 2.8 a full production test before it gets officially released.

Right now we're in the early concept art, storyboarding and animatic phase. You can already browse David's amazing concept art in the Cloud Project. More is being added as pre-production progresses! I'm super excited about this chance to make a beautiful and moving story come to life. Let's go! :D 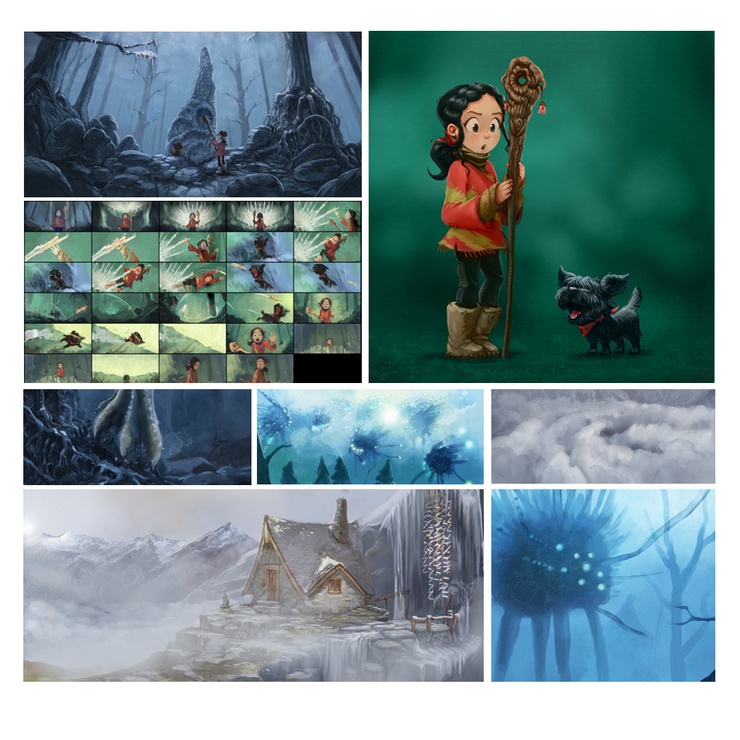 Looks like a Fantastic start! Can't wait to see more

Congratulations Andy :) All the best to the team.

First chapter for The Art of Blender Open Movies Vol. 2 ready to go for in 10 years :)

I can not wait for this!!! What an awesome concept! I have a feeling this might be my most favorite Open Movie yet!!!!

He got his Baguette.

This looks amazing! Where can I apply or who I need to talk to in order to work with you guys? :)