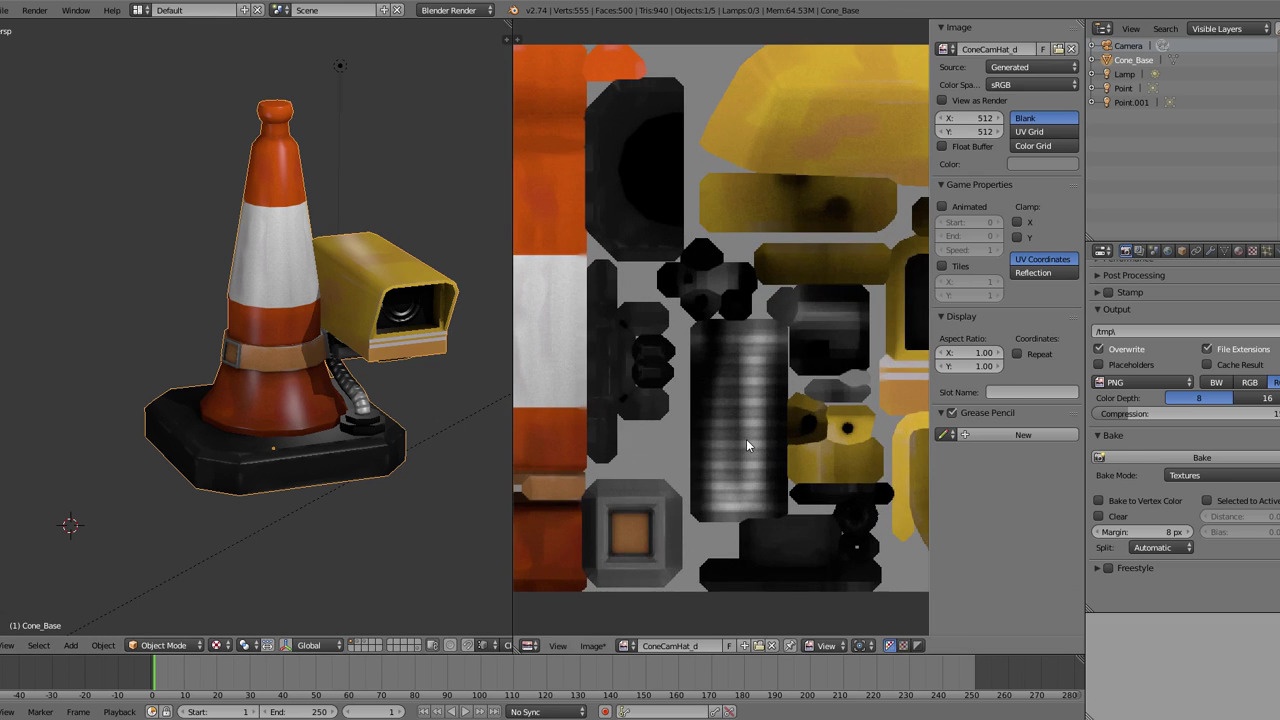 You can join Blender Studio for €9.90/month and get access to all of our training & film content instantly!

Chapter 05 - Baking All Layers Down To 1

So I've been following this tutorial (and having a ton of fun doing so!) without any major issues up until this point. Unfortunately, I'm now having difficulties when trying to join the objects together, specifically regarding the UVs.

Upon joining the camera object with the others(or simply selecting the default UVMap for it), the lens normal map appears to distort; it's as though the mirrored side gets inverted, but even the original side seems to change too. I've tried researching the problem online but have had no luck really fixing it. I've tried re-positioning the UV islands, renaming the normal maps, and much more, but to no avail. I even tried pushing ahead with the tutorial to the point where everything is re-baked into one map, but that had no effect.

In a similar vein, the normal map for the cord also appears to break when joining with the other objects. Before joining, the reflections are uniform, exactly as you'd expect. After joining, they become jagged, in sort of a zig-zag kind of formation.

I would very much appreciate if you could help me with this problem- I'm so close to finishing up, it's just killing me to get stuck on this last step!

Here's a picture that summarizes the issue: https://drive.google.com/open?id=1CL0CELeIQLslNkIYOQAvyhRPd9b9C4m1.

And here's the packed blend file in case it might help: https://drive.google.com/open?id=1C-M748APQySEV6Ibhn8QQaunLn9CHr14.