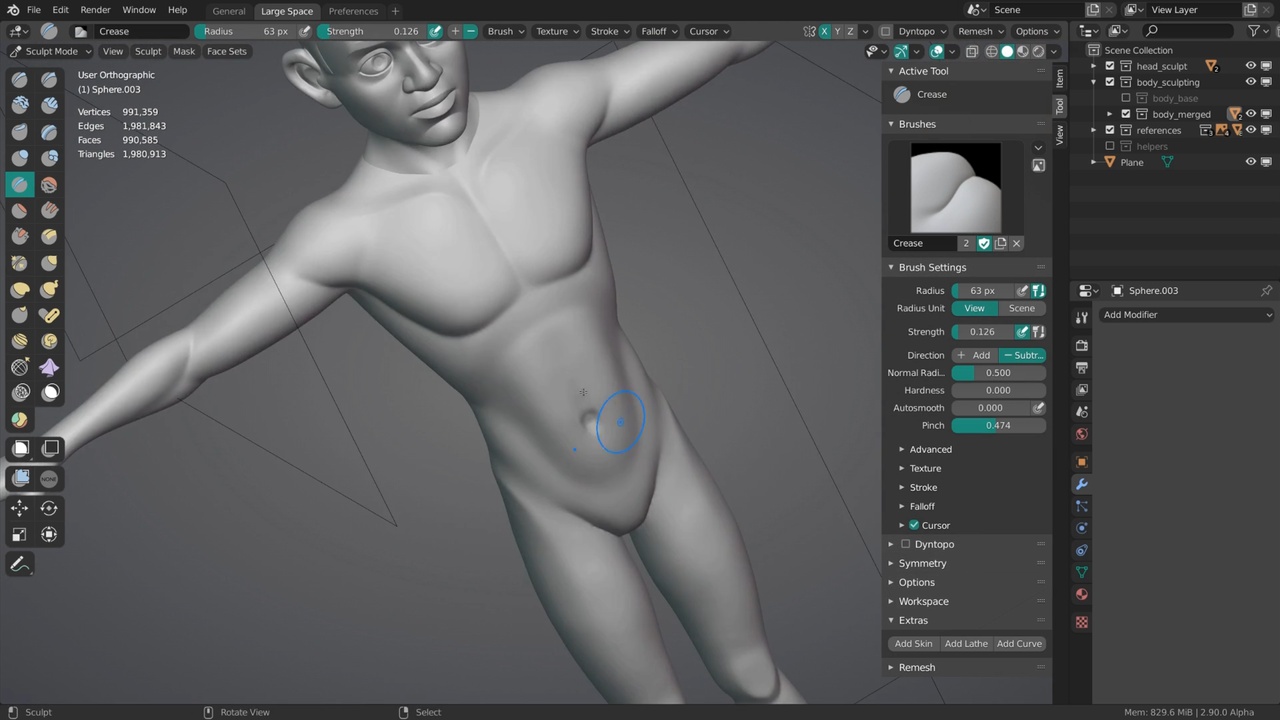 This is the followup to the head sculpting timelapse of Snow, where I sculpt the underlying body of the character. Ideally this is before completely polishing the head sculpt to keep the progress of the overall design in sync.

At one point I reused the hand model of Rain for Snow. I really recommend to reuse charters you already made as a base or smaller elements to save time. In these I can also recommend to at some point rotate the arms down (or to start from a more relaxed pose and afterwards t-pose the sculpt) to test the arm length with the rest of the body.

For the style of the body I wanted to have something a bit more muscular and torso heavy in comparison to Rains pronounced lower body. So he ended up with broad shoulders and short legs. But Snow shouldn't be overly muscular so it had to remain relatively simplified.

Eventually I left the head, body & hands as separate objects, since merging them requires such a small voxel size that the body would be insanely dense. SO leaving them separate is a good idea for now, until I get to sculpting with multiresolution to support this density.